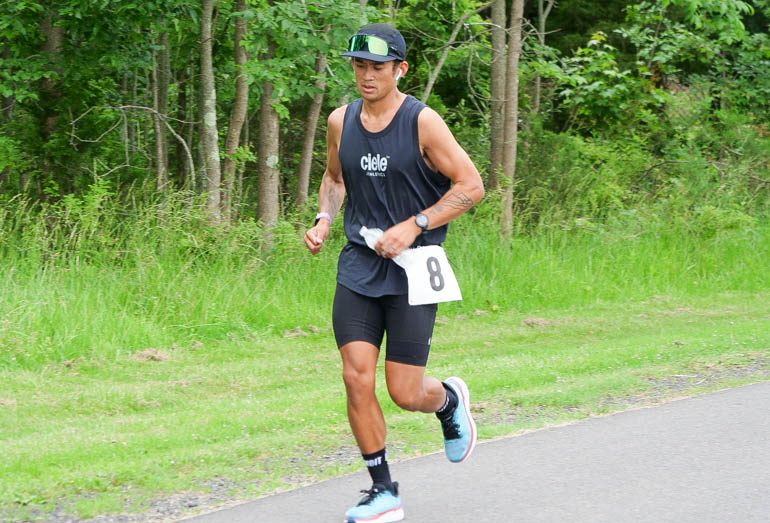 The first Sri Chinmoy 24/12 Hour race organised by the Sri Chinmoy Marathon Team in New York since 1993 took place in Rockland State Park on Saturday June 12th. The course is a flat 2.95 mile loop around Rockland Lake that the marathon team have used for 40 years and is still the location of the SCMT August marathon which first took place in 2002.

Along with a 24 hour was a 12 hour event which was won by Harita Davies (NZL) with 58.95 miles just ahead of Kathryn Stoker (USA) who finished with 57.16 miles. Third, and first man was Cam Chamberlain with 56 miles.
In the 24 hour Francisco Balagtas (USA) was first man with 117.89 miles. Second was Daniel Wiszniewski (USA) with 109.05 miles and first woman, third overall was Magdalena Sidor (POL) with 100.21 miles.
Sean Gavor reached 100 miles in the 24 hour time frame at his third attempt and posted a great recap on facebook